Assemblymember Diana Richardson and community advocate Marlon Peterson join us on Third Rail to look at the people and identities, influencing and claiming Central Brooklyn. We start by asking are elected officials and community organizers are on the same side of community development? Then we ask what neighborhood change means to immigrant communities?

#BKDTR: #Gentrification is going to happen. Ask how do I, get a piece of this pie? -@Vote_Richardson via… Click To Tweet 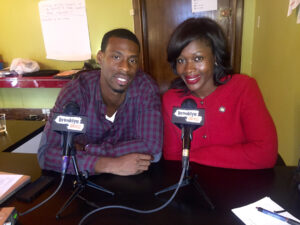 2. What does neighborhood change mean to immigrant communities?:
Crown Heights has been built, over the last half century, as a largely Caribbean immigrant community. As we know, gentrification has taken hold as a different force of neighborhood change. We ask, what does gentrification look like from the perspective of first and second generation immigrants?