Brooklyn Deep and Radio Rookies, a New York Public Radio initiative, have partnered to train five Central Brooklyn teens to produce radio stories about themselves, their communities and their world. Since November, we have been teaching these teens everything about radio journalism: from how to conduct an interview and develop a story to how to craft a script and digitally edit audio. The Rookies’ documentaries will air on WNYC’s Morning Edition and All Things Considered. 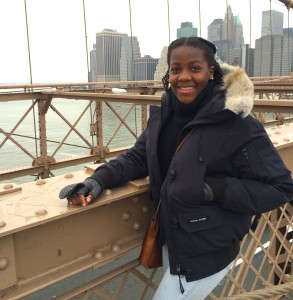 Corinne Bobb-Semple is 14 years old and a freshman at Saint Ann’s School. She is interested in writing, photography, and politics. She has lived in Bedford-Stuyvesant her whole life and has seen her neighborhood change in a lot of ways. Corinne’s story about community change in Bed-Stuy and how it’s affecting teenagers who live in her neighborhood. She believes that the teenage perspective is lacking in conversations about gentrification and she wants to highlight that it in her story. 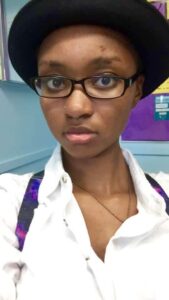 Cheyenne Nelson is a creative girl who loves to try all kinds of things like sewing, Jiu Jitsu, skateboarding, you name it. She’s pretty good at schoolwork and wants to attend NYU and become a licensed geneticist. She’s been in two different programs, Girls for Gender Equity (GGE) and Groundswell, and is currently in a program called, Youth Allies-Youth Activists (YA-YA) Network and Radio Rookies. Cheyenne’s story is about why teenagers fight and how fights escalate and are shared on social media. Cheyenne is tired of seeing her classmates fighting and getting suspended over a stupid facebook post, so she’s getting to the bottom of this problem by going to the source, the students. 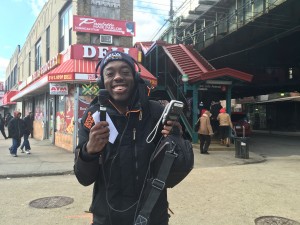 Claudlin Pierre Louis was born in Haiti and raised in Central Brooklyn. He enjoys learning about new technology, reading, and is a big knicks fan. He was a member of Youth Organizing to Save Our Streets (YO S.O.S.), a youth development program that aims to empower young people to become peer educators and community organizers on issues of violence. He currently attends Medgar Evers College and wants to pursue journalism.

Claudlin’s story will explore community and police relations in East New York since the Community Safety Act passed in 2013, a bill aimed at creating greater oversight of the NYPD and limiting their use of stop and frisk. 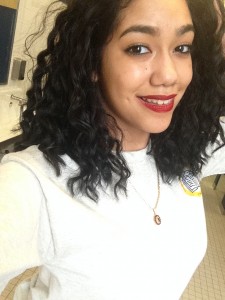 Feria Morisset Noè is 15 years old and is a sophomore at The Young Women’s Leadership School of Brooklyn. Besides being a part of the Radio Rookies program, she is on her school’s dance ensemble and works at Girls for Gender Equity. When she gets older she wants to be an Assistant District Attorney in Manhattan. The story that she is currently working on is a personal story about growing up in foster care. She spent eleven years in the foster care system and wants to report on why it took so long for her adoption to go through. 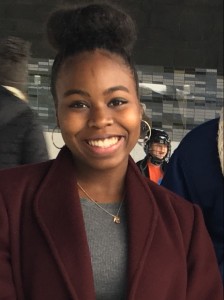 Alexia Richbourg is a sophomore at The Young Women’s Leadership School of Brooklyn. She is a scholar at Sponsors of Educational Opportunity (SEO) Scholars, where she takes SAT Prep courses at Baruch College and learns the values of getting into college. During her free time she likes to dance and meditate. Alexia has been a student at 8 schools since she entered kindergarten in 2005. She is reporting on the differences between predominantly white and predominantly black schools she attended and how situations in people’s lives impact the type of school they attend.

One thought on “Radio Rookies in Central Brooklyn”