Brooklyn Deep, in association with WNYC radio, has been honored with a Gracie Award, a competition sponsored by the Alliance for Women in Media Foundation. Seven Schools Later: One Student’s View of Segregation, reported by Brooklyn Deep and Radio Rookie reporter, Alexia Richbourg, was recognized in the “local non-commercial documentary” category for  “exemplary programming created by women, for women and about women.”

Alexia’s story is one of five that were produced in partnership with WNYC as part of last fall’s Radio Rookies Central Brooklyn Workshop. Alexia’s Seven Schools Later paints a poignant picture of how “between kindergarten and eighth grade, she went to seven different schools in Minnesota, Atlanta and New York” and in the process discovered stark differences: “In poorer neighborhoods, the schools were black and broke. When her family lived in more middle class and whiter areas, budgets weren’t an issue because parents were able to contribute to things like field trips and computer labs.”

Congratulations and thanks to Alexia; Veralyn Williams (Brooklyn Deep Managing Editor at the time and current co-host of Third Rail); WNYC producers and Brooklyn Deep partners Kaari Pitkin and Andrew Mambo; and the entire Rookies crew!

Historical note: The Gracie Awards are named for Gracie Allen, the comedian who played the “zany” partner of her husband George Burns and was widely regarded (including by him) as the comedy genius behind their long-running act. 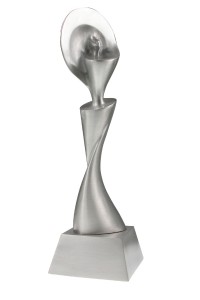 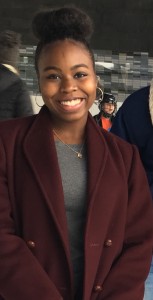